Tierra Y Mar which literally translates to “Land and Sea”, is nothing short of Goa’s own personal ode to traditional Spanish and South American cuisine, based in the bustling village of Sangolda. To the casual commuter, the restaurant’s location is a mystery, as it is cosily tucked away behind The Paperboat Collective or House No: 248 along the Chogum Road. However, like all great treasures, this gem is worth the venture. 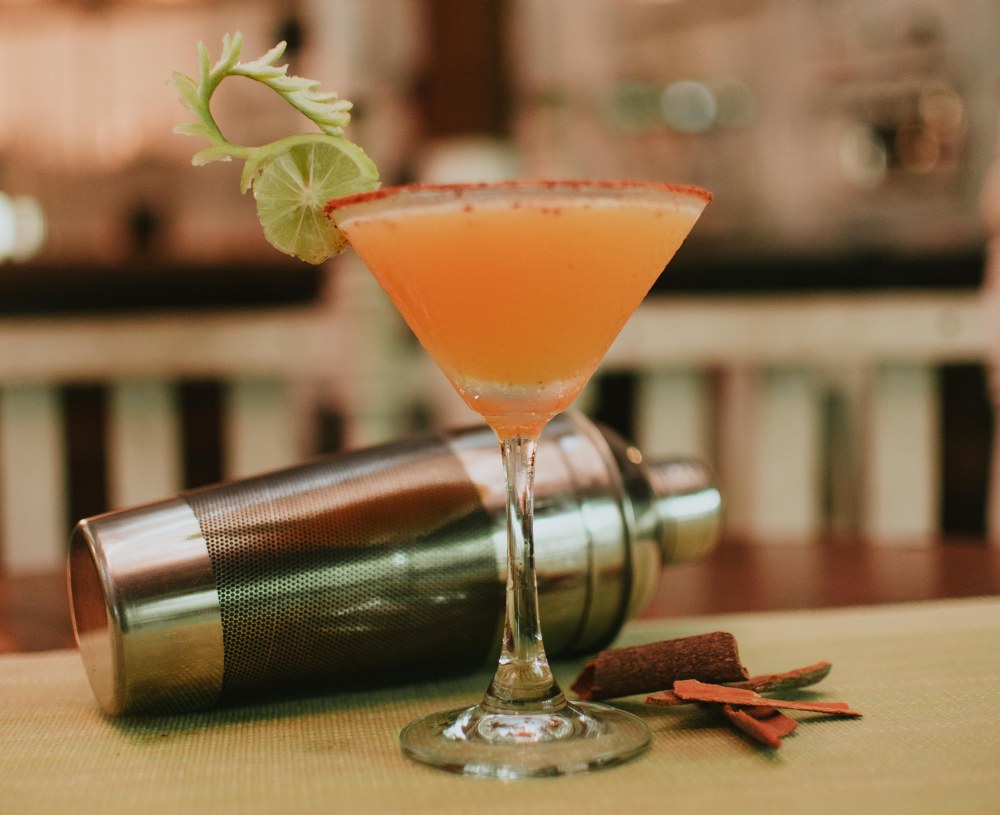 As one walks into the restaurant you are greeted by friendly staff and understated décor. With its hand carved wooden table tops, which adhere to the natural lay of the land and the tree they have been cut from, to the sweeping bar that meanders like a river through the upper section of the restaurant to the simple Portuguese cement benches outlining the garden beyond this restaurant borders on rustic chic. One cannot miss the well, which has been cleverly been incorporated into the restaurants decor and is used as a stage on their various alternative music nights.

We are ushered to our seats by Anirudh Maheshwari, or Rudy to his inner circle, a serial entrepreneur who has two existing companies in Bombay, both of which function in the hospitality space. He came on board with Tierra Y Mar as one of its founding partners, for his third venture after being formally trained at Les Roches International School of Hotel Management (Switzerland).

We are offered an array of cocktails while we wait for our food. The Orange Cinnamon Martini is the first to make an appearance, with subtle fruity flavours of orange, gin and cinnamon on the rim making this cocktail rather easy to gulp down and leave you asking, one more please?!  The traditional Fenni is treated with the respect it deserves but with a Tierra Y Mar twist is just a delight. Comprising of Fenni, lime, sugar, lemon and a green chilli gives the Fenni Sour that extra punch and balances it out perfectly.  Who is not tempted by fresh watermelon? But what is even greater is the Frozen Watermelon Margarita, freshness with every sip and is bound to get you shanking some maracas.

Moving onto the starters, Chef Benpramar elevates these humble dishes to another level.  Soft  seasoned cottage cheese stuffing inside a jalapeno engulfed in bacon and fried makes the Bacon Wrapped Jalapenos just the right nibble for a rainy lunch in Goa. We could probably have these as the alternative to a good Chai and Pakora for the monsoon season.

Benpramar D. Laitflang, lovingly called Ben is the heart and soul behind the food. With the help of a strong team in the kitchen, Chef Ben’s flavours and presentation is beyond the standards one would expect in a tiny state like Goa. Since his early cooking days, out-of-the-box became the norm for him, and therefore his kitchens are never short of innovative ideas and exciting new additions to the menu, which change before you can say ‘Fantástico!’

At Tierra Y Mar, many confess to having fallen hard for dishes such as the Seared Beef Chimichurri, delicious slices of prime-cut beef, sizzled to a crispy perfection like none other, resting on a bed of fresh greens.  After one bite we now know why their love for this continues to grow. Ceviches (prawn or fish)  are another popular Latin-American dish found here, made traditionally with raw prawns or fish marinated with citrus juices which denature the proteins in it and effectively cook the seafood without any heat. Moving onto the other starter, all while still maintaining the Tapas style is the Lengua Tacos.  The beef tongue is finely sliced, slow cooked, delicately spiced and placed on a bed of lettuce with various condiments all wrapped in a soft-shell Taco. So moreish that the usual 3 in a plate are just not enough but then this is a starter or rather a Tapas.

Moving onto the mains which veer away from the tapas style, one gets a full plate of goodness. We start with the with a simple yet complicated dish of Confit Chicken. Confit comes from the French word confire which means literally “to preserve”. The food is cooked slowly over a long period of time as a method of preservation.  Here Chef Ben does it the Tierra Y Mar style, slow cooked for three and half hours in its own fat, served on a bed of cauliflower pure with seasonal greens and fondant potatoes this dish has crisp but wholesome flavours.  Touch of the home yet done in a perfect restaurant rustic style. Involtini, being an Italian word of food consisting of some sort of outer layer wrapped around a filling rather like the French version of a roulade. The Beef Involtini here does not disappoint, seared and braised Beef then stuffed with arugula and cheese, engulfed in a Dashi sauce served with the unusual brussel sprouts is a bite of joy with every spoonful. 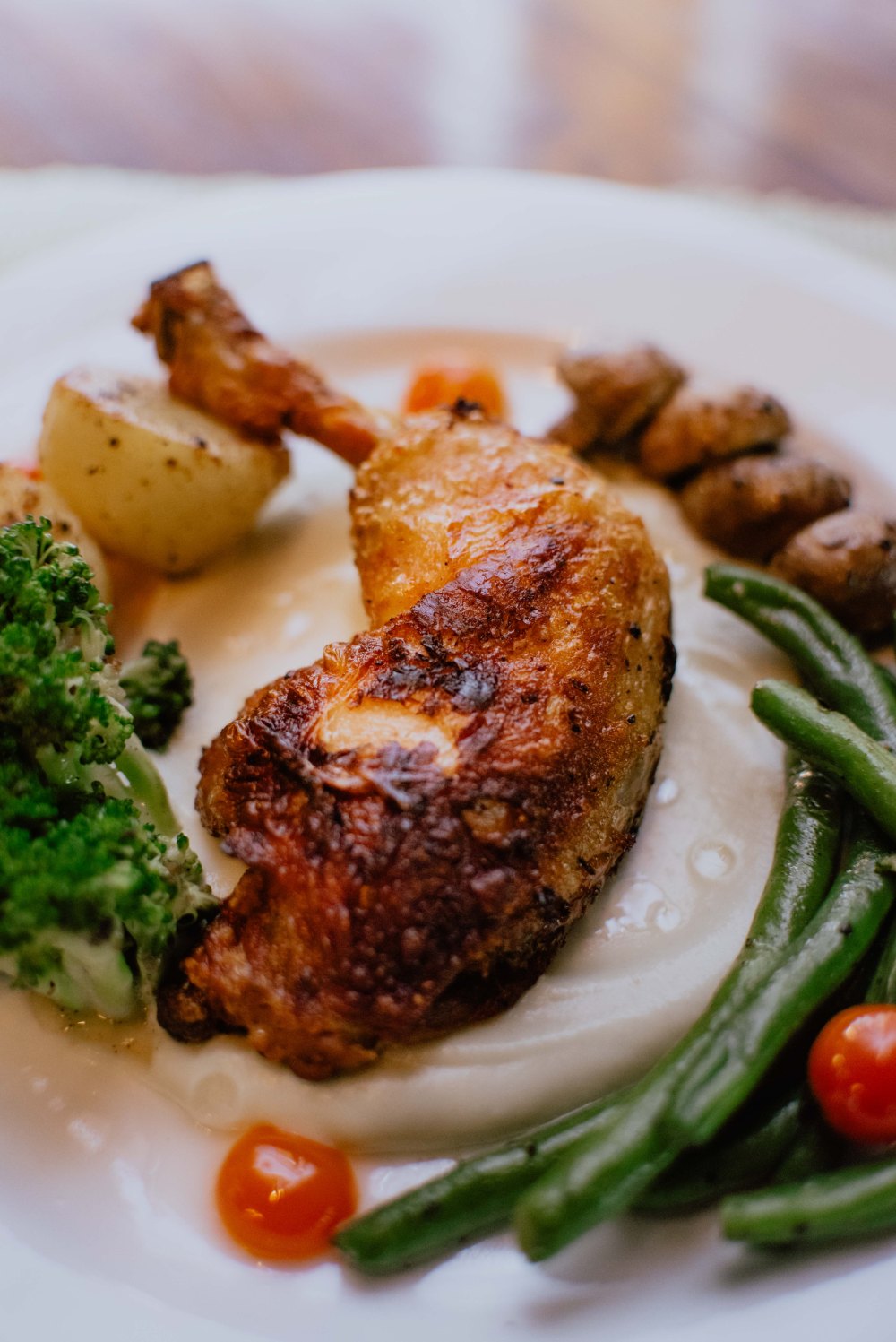 All dishes and delicacies aside, Tierra Y Mar may not have been the same without its captivating live bar. Manned by its splendid team of mixologists, including Nishant Mehra, the third partner, the bar is a happening place till the last call of the night. Nishant is an ex professional footballer and frequenter of bars and restaurants across the world. Having zoned in on Goa as place to settle after his galivant around the world and post kicking a ball around a field it made logical sense to open a restaurant and bar. 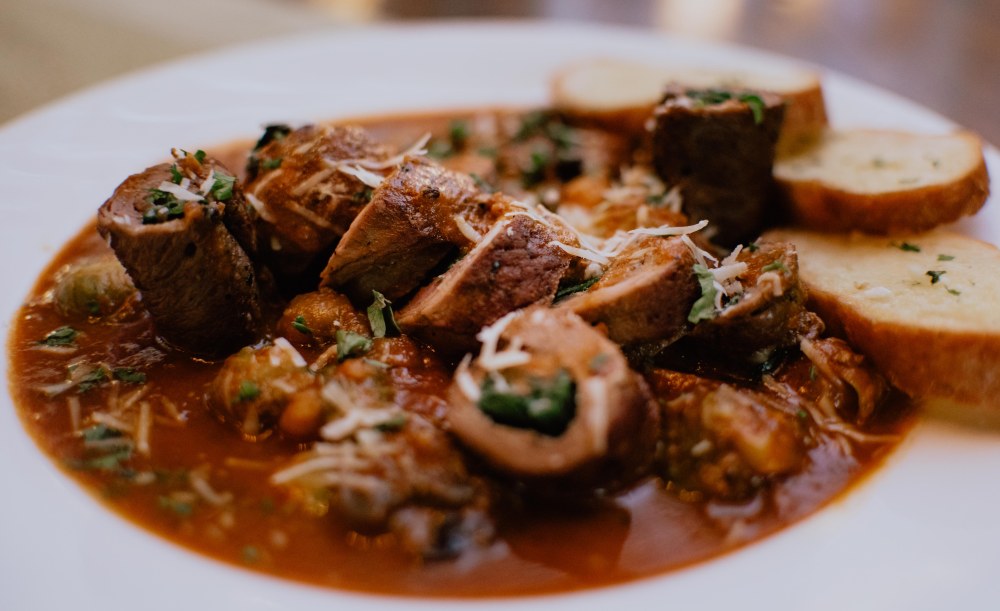 “We care about what we do and we strive to give people an experience,” Chef Ben often comments, when asked about the secret behind the amazing dining experience at Tierra Y Mar. “We try to share this experience with everyone and incorporate our positive vibe in the very food we plate up. We have a lot of fun, all in all.” His formula for success proves to be true, as can be seen by the crowds that pour in through their doors each passing day, waiting to see what the Tierra y Mar team have in store for them. With everything from live performances by German and Nordic fusion bands to enthralling special menu nights, Tierra Y Mar unfailingly proves to be, an unforgettable experience, whether on land or sea.